Today we would like you to meet Alex, a valued friend of ours and a damn good 3d-artist. With this we introduce a new category, the artists feature and hope we can present you some more talented people on xoio-air. Please welcome Alex!

xoio: First thank you for being here today! Let me introduce you quickly: I have followed Alex’s career for several years now and can tell that Alex is certainly known for being a colorful bird among the german 3d community, especially among the architectural visualization scene. This seems to oppose the fact that Alex is the only person I know that officially decided to become “nerd”, but in fact he is a highly sociable person. Welcome here, Alex!

alex: G’day Peter. Hi to everyone. For me nerdyness is not equal to be unsociable :-)

xoio: Before we get down to some serious questions, do you want to talk briefly about your artistic career so far?

alex: It all started about 10 years ago when I was at the innocent age of 14. With my first own computer I discovered that you can do a lot more than playing games, so I decided to make music. During School Holidays I took the opportunity to earn some money in the company my dad was employed in. As he is working in the construction department, I was able to discover CAD Software. So I did some experiments with AD Inventor at that time. Although I only scratched the surface of the software, I felt that I was limited by it. That’s why the next step was: finding a good software, where everything seemed to be possible. I cannot remember why I chose 3DsMax, maybe because of a good online community and a lot of video tutorials. Still making a lot of music, I started to learn Max. At some point music was getting less and less important and I really enjoyed 3D – I just could not stop. After school and some vain attempts to find an academic degree that suited my expectations, I worked the first time doing industrial 3D Animations in the same office I have learned Inventor before… this time with 3DMax. Applying for an internship at pure in Berlin was the next big step and I now know it was the right decision. I have learned a lot there, big thanks to Benjamin Brosdau and all other members of pure at this point. After office work, I kept on learning at home. Two years ago my girlfriend had the idea to go to Australia. I worked at ourvision in Sydney and took the opportunity to look over the shoulder of Dave Mackenzie, who is the TD there. Scripting and workflow-optimizing is now a new big issue I am interested in as well.

xoio: Why did you choose 3d as your way of artistic expression?

alex: I have tried a lot of different stuff though. Music, as I have already mentioned, as well as painting, these days also photography. But inside me there is this nerdy part shouting and screaming if the object I am looking at is not back-lit. So the computer has always been the best tool for me, 3D especially as it gives you the complete control over everything. 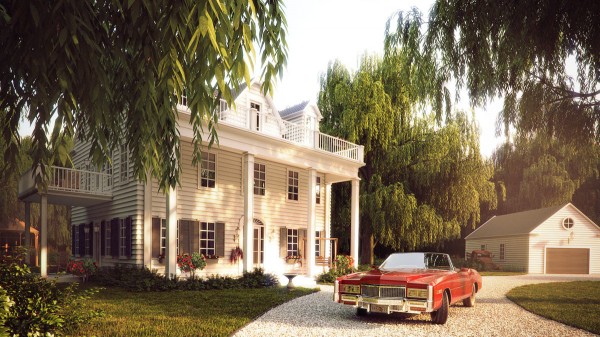 xoio: You have just published that beautiful image of the Cadillac Eldorado in a proper historic setting. What have been your intentions in recreating such a scene?

alex: Although I am not very interested in cars and I have never modeled one before, the older ones are just having a big expression in their face and that’s why I like them, especially the American ones. Nobody can honestly say that a VW Polo for example conveys great feelings and sensation, although I am pretty happy with my one (at least they are save and they drive wherever you want to … ). But the old classics just stand out from the crowd – each one of them. Today most of the cars don’t. Since this car would not be authentic in a studio I did a lot of pondering until I had something in my mind that would fit. The Eldorado story is not completed yet, this was just the beginning of the history of the King of the Hill :-)

xoio: You came back from Australia recently. Artists rather hide behind their desks, you went out around the globe. In what way did this trip abroad influence you as an artist?

alex: At first: I would not have done that trip without my girlfriend. She was the driving part, otherwise I would have sat behind the desk in that year for sure. :-)
The influence was much bigger than excepted. At first sight everything seemed to be normal (western orientated) but as I got into the deep in my opinion changed about everything. You have to learn to think out of the box in such situations. A new goal is to achieve that in 3D as well… Asking yourself if it would be possible to do things quicker and easier… That helps a lot! I did that before already, but now I try to do it more directed.
Another big part is that the nature looks completely different, the set of colors is not comparable at all. That instructs your eyes. 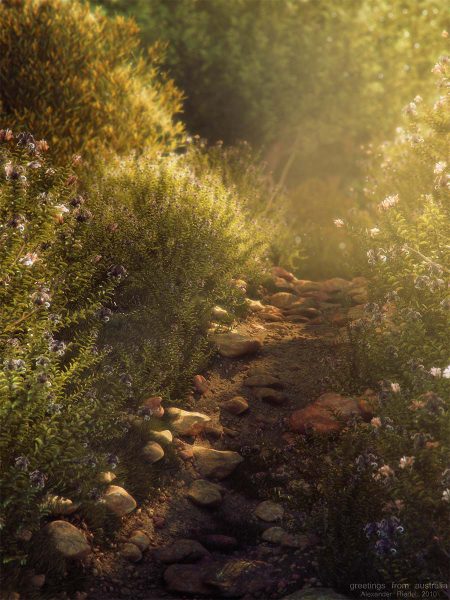 xoio: You also took some time off there and traveled extensively. People can follow your blog which features tons of beautiful images you took on your journey – a page I can really recommend to get properly envious. It would surely be very interesting if you could compare your photographic passion with your works you do in 3d. How is the artistic approach in each field? Where do they influence each other in their work?

alex:  The influence is pretty much one-sided… Photography helps a lot to find a good camera position and physical correct settings in 3D. You can also do better lighting and post production effects and color correction if you have a similar photo as reference… there is just one fact where 3D changed the way I want to take photos. As I bought my first DSLR I did that only because I wanted to create shallow depth of field images like in 3D :-)

xoio: In our collaborations “physical correctness” was something you stood for. While it sounds like something rather boring to contemplate on in an artistic field … does it have any influence on your work? Is it important for you?

alex: Physical correctness, yeah, this is always a big goal for me. Something does look unnatural and therefore unbelievable if it’s not build physical correct. It is necessary to recreate every single effect of the real world to achieve a photorealistic look. If the viewer has doubts about an image, he focuses less on its content. In my career I came across some very experimental renders from architects who found a render button… a negative vignette was a very funny and obvious mistake… In total these mistakes have sometimes been so distracting that nobody could interpret what this image is actually about. Doing it the right way – so physical correct by all means, doesn’t hassle the viewers eyes and the real message gets through. 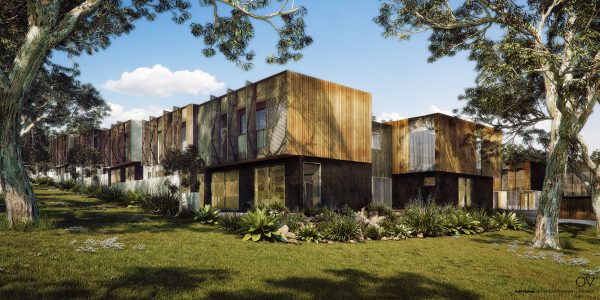 xoio: Since you have worked now in various offices, you gathered some experience. What is important to young artists these days?

alex: In my opinion, every day it is getting more important to enjoy your own work just because that enthusiasm gives you the power to improve yourself. Pushing your own limits is what makes the difference. If you stand still others will get your job. This sounds more negative then it is. If you have fun getting better this should not be a problem at all. Some years ago DSLR cameras were getting affordable, many photographers lost their job. Only the good ones survived. The same will happen in 3d industry sooner or later. So “Fun” is the key word here to stand out of the crowd in this fast moving industry. 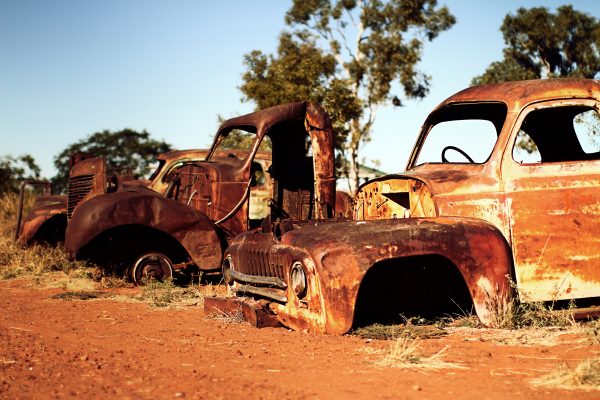 xoio: What are the dangers?

alex: Working too long and doing boring stuff all day will make you hate your job. If you are not happy with your product you might not do private work at home and you do not improve. So the situation does not get better from this position. At least everybody should find a little bit of spare time at home to get this happy feeling again that he/she just created something beautiful. Just a little bit helps to feel a lot better! 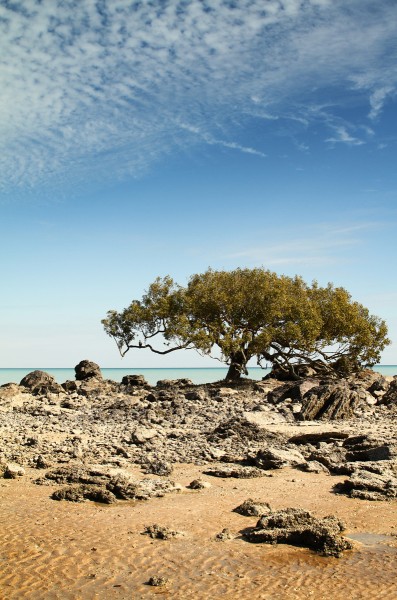 xoio: To conclude, you brought us some nice little freebies. Do you want to explain them quickly?

alex: Hmm… some script I wrote and my first DSLR as 3D model. I did the model ot the EOS 450D a little while ago, but I think it still is presentable.
The script enables you to set the object ids of objects easily. According to them it will automatic add all multimatte-elements and important vray elements (such as AO) as well. Some additional features improved my workflow since I wrote it as well. So have fun and enjoy it.

And then I also threw in some track I did in reason a while ago. Find it here.

xoio: I really appreciate that you shared your thoughts and some of your work here today, Alex. We wish you all the best, interesting projects in the future and hope to find you soon at xoio again!

alex: Thanks to you Peter, I really enjoyed it.

Here are the links to all the good stuff that Alex brought along:

And here is Alex personal blog you should check out: Eyedea 3d

City Backplates:
You’ve got the action, our friend Dirk brought some good places to put them in scene. 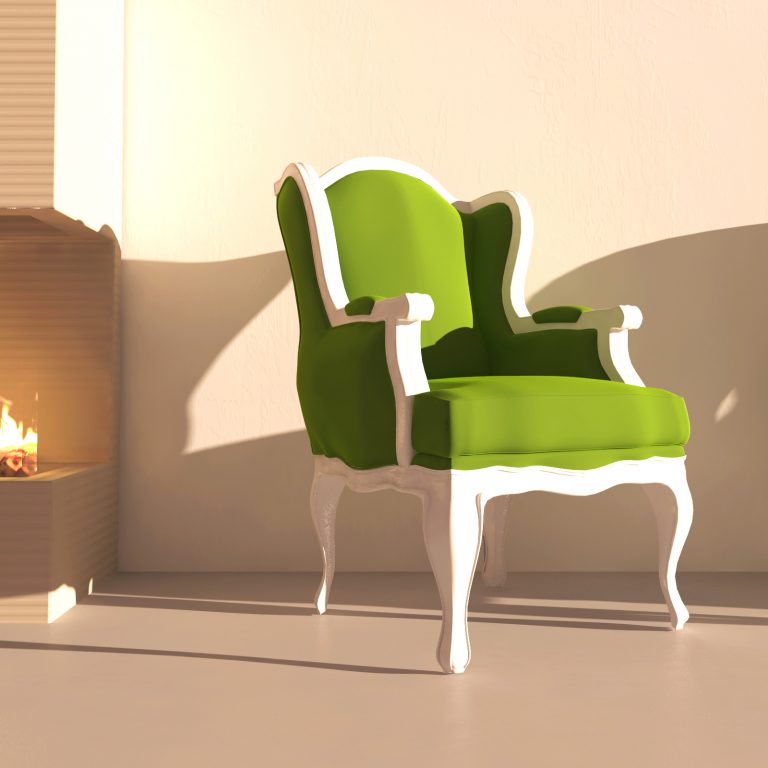 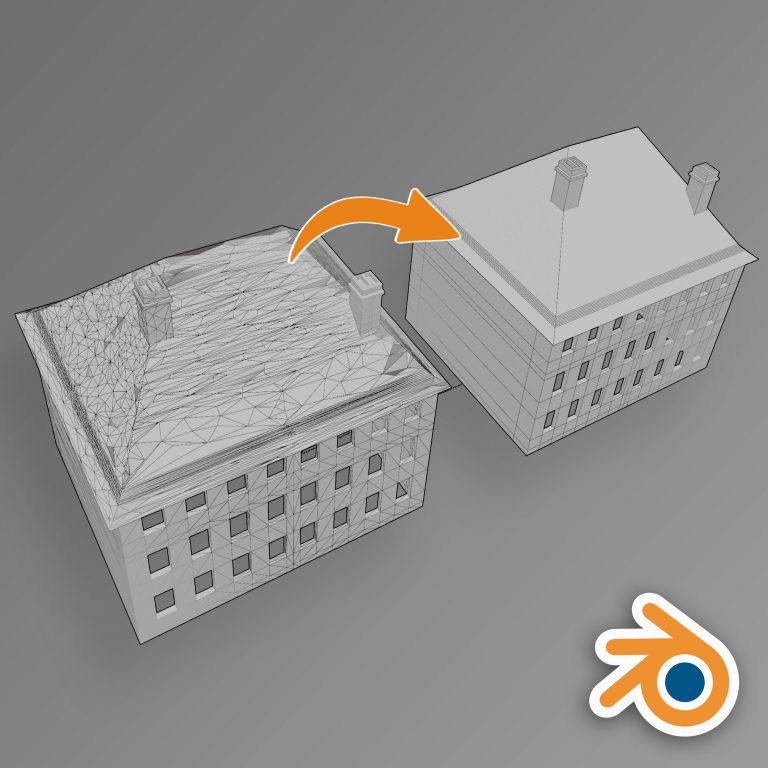 Tutorial: You need to deal with broken geometry from other 3d-packages? Learn how to fix stuff in Blender 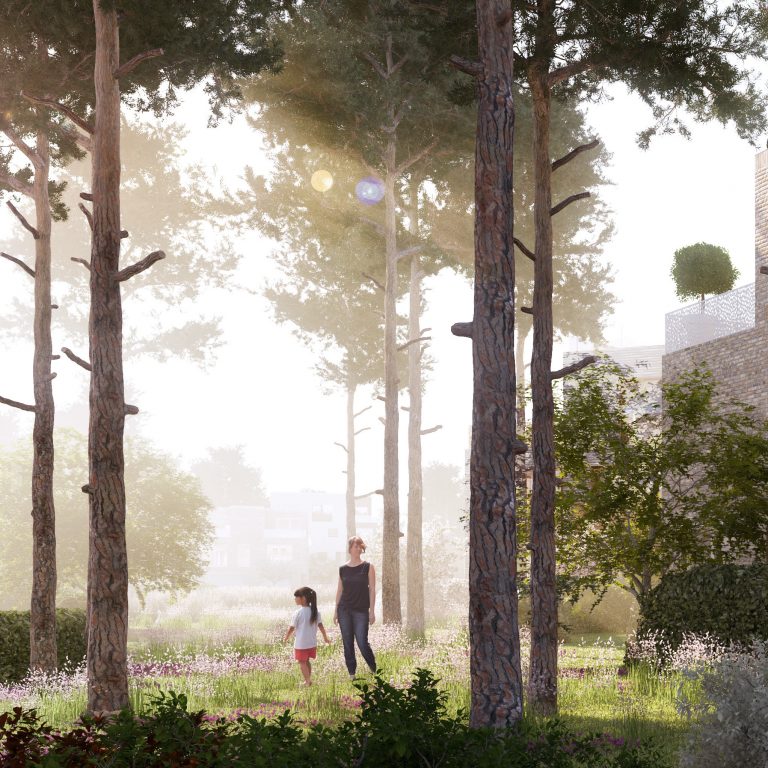 Tutorial:
Here we share some usage hints and possible workflows for Vray Pattern. 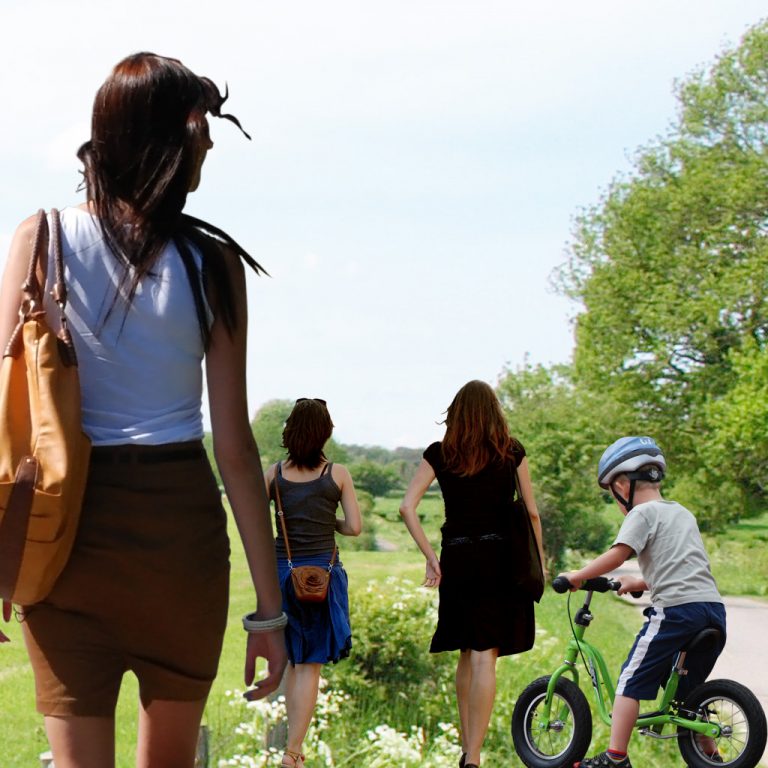 Link:
Like more freebies? Check out the excellent material on our partnerblog trzyde 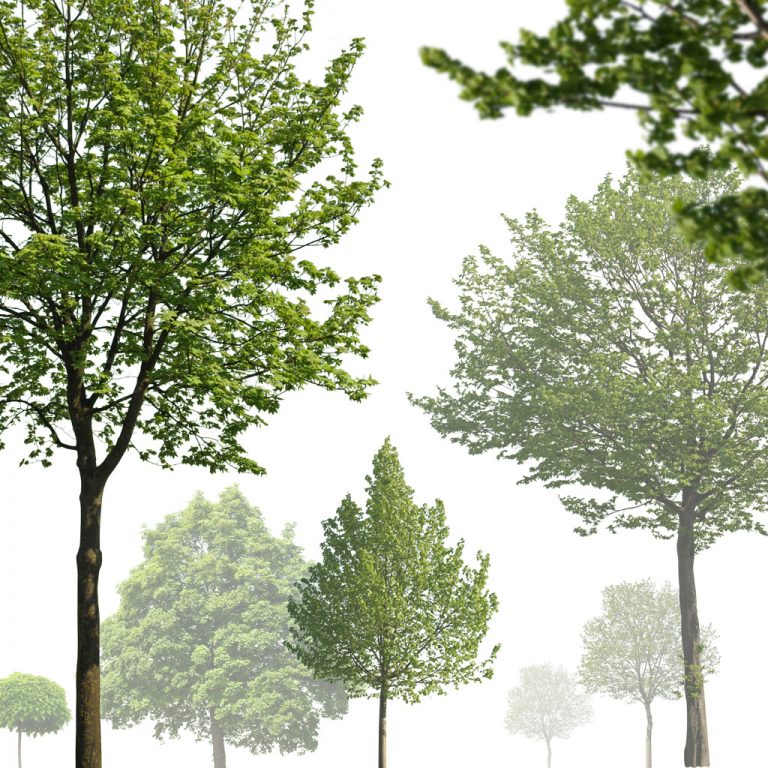 Texturepack:
Tonytextures shares a High Quality Set of Cutout Trees! Get them here! 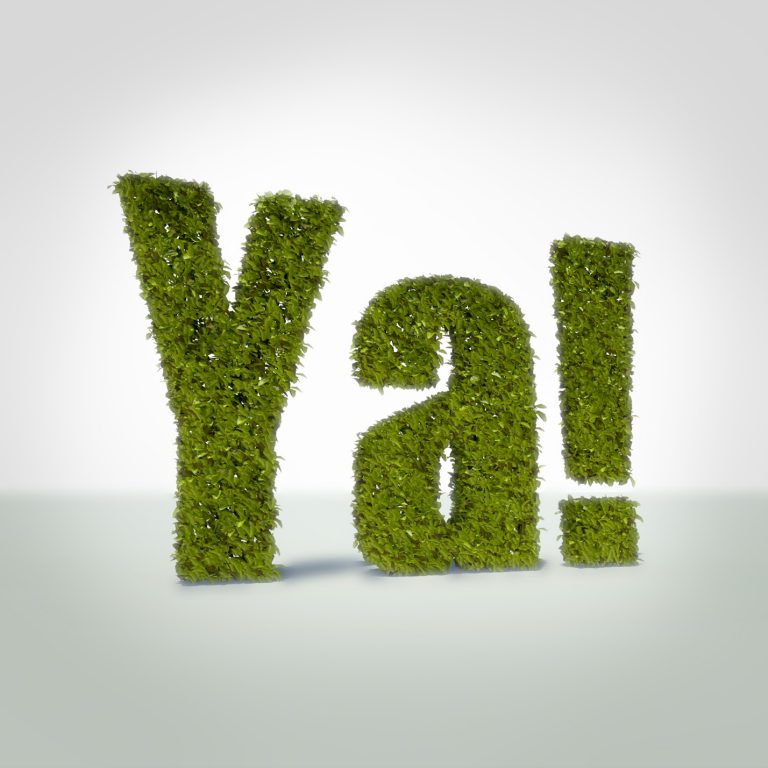 Video tutorial:
You need that flamingo-shaped bush? Create foliage in ANY shape! 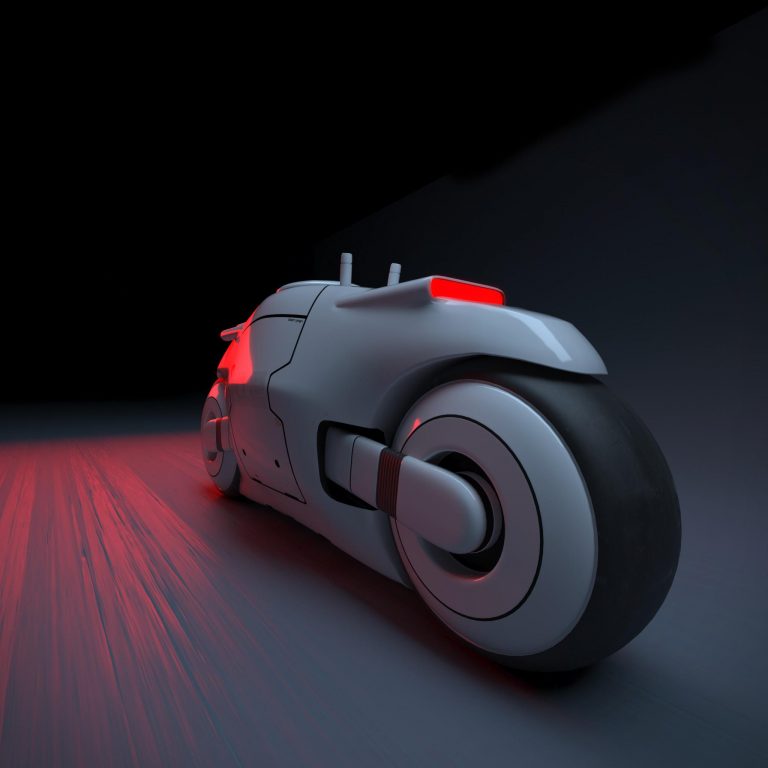 Tutorial: It’s not easy to add fine details to a subsurface model – here we show how you can do it in 3ds Max

Manage Cookie Consent
To provide the best experiences, we use technologies like cookies to store and/or access device information. Consenting to these technologies will allow us to process data such as browsing behavior or unique IDs on this site. Not consenting or withdrawing consent, may adversely affect certain features and functions.
Manage options Manage services Manage vendors Read more about these purposes
View preferences
{title} {title} {title}